High School Drug Testing: To Test or Not To Test?

High schools often use drug testing as a twofold substance abuse prevention method. In 2013 almost half of high school seniors admitted to using an illegal substance at least once, according to the Monitoring the Future National Survey Results on Drug Use. Administrators use the fear of random testing to deter students, while relying on the actual test to identify teens who already have a problem. Even though the ability to intervene early and help the student to stop using is a plus, legal issues such as privacy and human rights also come into play when it comes to drug testing in schools.

In June 2002, the U.S. Supreme Court broadened the authority of public schools to test students for illegal drugs. Voting 5 to 4 in Pottawatomie County v. Earls, the court ruled to allow random drug tests for all middle and high school students participating in competitive extracurricular activities. The ruling greatly expanded the scope of school drug testing, which previously had been allowed only for student athletes.

Random drug testing isn't legal in every school situation. Schools are only legally allowed to randomly test students who take part in competitive sports and clubs, according to the National Institute on Drug Abuse. A student who isn't involved in competitive extracurricular activities is not subject to drug testing, unless there is reasonable cause. That said, if a student has illegal substances or is behaving as if she is under the influence, she can be tested. For example, Mary takes acting classes through a local theater, but isn't part of any sports or other competition-based activities at school. She goes to school regularly, has good grades and never shows any behavioral problems. Mary wouldn't need to fear that the school would randomly test her.

Under federal law, schools can randomly drug test students when there is a reasonable suspicion that the teen is using substances, according to the National Institute on Drug Abuse. Reasonable suspicion may include concrete facts or much more subjective criteria. A teacher, administrator or staff member who sees a student using or possessing drugs has a reasonable cause for requiring a drug test. On the other hand, a teacher can also claim that the student's behavior is erratic or possibly indicative of drug use. The lack of actual evidence means that the teacher's opinion may outweigh what the student has to say. For example, a typically even-tempered student suddenly starts arguing with his teachers and getting aggressive with his peers. Even though this behavior may have many causes -- such as turmoil in a romantic relationship or family problems at home -- the school can demand a drug test. 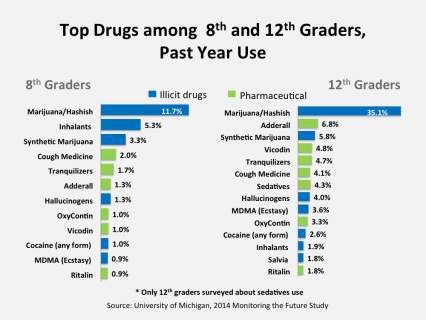 Why do some schools conduct random drug tests?

Schools that have adopted random student drug testing seek to decrease drug use among students via two routes. First, they hope random testing will serve as a deterrent and give students a reason to resist peer pressure to take drugs. Secondly, drug testing can identify teens that have started using drugs and would be good targets for early intervention, as well as identify those who already have drug problems, so they can be referred for treatment. Using drugs not only interferes with a student's ability to learn, but it can also disrupt the teaching environment, affecting other students as well.

Drug testing should never be undertaken as a stand-alone response to a drug problem. If testing is done, it should be a component of broader prevention, intervention, and treatment programs, with the common goal of reducing students' drug use.

If a student tests positive for drugs, should that student face disciplinary consequences?

The primary purpose of drug testing is not to punish students who use drugs but to prevent drug abuse and to help students already using become drug-free. If a student tests positive for drugs, schools can respond to the individual situation.  If a student tests positive for drug use but has not yet progressed to addiction, the school can require counseling and follow-up testing. For students diagnosed with addiction, parents and a school administrator can refer them to effective drug treatment programs to begin the recovery process.

Why test teenagers at all?

Adolescents’ brains and bodies are still developing, and this makes them especially vulnerable to the harmful effects of drug use. Most teens do not use drugs, but for those who do, it can lead to a wide range of adverse effects on their behavior and health.

Short term: Even a single use of an intoxicating drug can affect a person's judgment and decision making—resulting in accidents, poor performance in school or sports activities, unplanned risky behavior, and the risk of overdosing.

Long term: Repeated drug use can lead to serious problems, such as poor academic outcomes, mood changes (depending on the drug: depression, anxiety, paranoia, psychosis), and social or family problems caused or worsened by drugs.

In a study of more than 4,700 high school athletes, 16 percent of students who went to schools that had mandatory drug testing admitted to using substances in the past 30 days. This is in comparison to 22 percent of high-schoolers who weren't subject to testing, according to the Institute of Education Sciences. This shows a possible positive effect of drug testing programs as a deterrent to substance use and abuse. The same study also looked at the impact that mandatory drug testing had on the student athlete's decision to participate in school sports. There was no connection between whether the school required drug testing and student's decision to engage in competitive extracurricular activities, notes the Institute of Education Sciences. While mandatory drug testing may stop teens from using illegal substances, it doesn't appear to stop them from participating in sports that require mandatory screenings.

How many students actually use drugs?

Drug use among high schools students has dropped significantly since 2001. In December, the 2013 Monitoring the Future study of 8th, 10th, and 12th graders showed that drug use was down from 31.8 percent in 2001 to 28.4 percent.  While drug use is still below that from 2001, it has been increasing over the last several years largely due to increased marijuana use.

About 50 percent of 12th graders say that they've used any illicit drug at least once in their lifetime, and over 35 percent report using marijuana in the last year. Abuse and misuse of prescription drugs are also high—for example, in 2013, 7.4 percent of high school seniors reported non-medical use of the prescription stimulant Adderall in the past year.

What testing methods are available?

There are several testing methods currently available that use urine, hair, oral fluids, and sweat. These methods vary in cost, reliability, drugs detected, and detection period. Schools can determine their needs and choose the method that best suits their requirements, as long as the testing kits are from a reliable source. 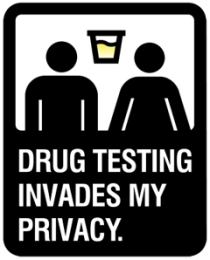 Which drugs can be tested for?

Various testing methods normally test for a "panel" of five to ten different drugs. A typical drug panel tests for marijuana, cocaine, opioids (including the prescription pain relievers OxyContin and Vicodin), amphetamines, and PCP. If a school has a particular problem with other drugs, such as MDMA, GHB, or steroids, they can include testing for these drugs as well.  It is also possible to screen for synthetic cannabinoids, commonly known as spice and K2.

Alcohol is a drug, and its use is a serious problem among young people. However, alcohol does not remain in the blood long enough for most tests to detect most recent use. Breathalyzers, oral fluid tests, and urine tests can only detect use within the past few hours.  The cut-off is usually detection of the presence of alcohol for the equivalent of a blood alcohol content greater than 0.02 percent (20mg/1dL).2 Teens with substance use problems are often polydrug users (they use more than one drug) so identifying a problem with an illicit or prescription drug may also suggest an alcohol problem.

How accurate are drug tests? Is there a possibility a test could give a false positive?

Tests are very accurate but not 100 percent accurate. Usually samples are divided so that if an initial test is positive a confirmation test can be conducted. Federal guidelines are in place to ensure accuracy and fairness in drug testing programs.

Can students "beat" the tests?

Many drug-using students are aware of techniques that supposedly detoxify their systems or mask their drug use. Popular magazines and Internet sites give advice on how to dilute urine samples, and there are even companies that sell clean urine or products designed to distort test results. A number of techniques and products are focused on urine tests for marijuana, but masking products increasingly are becoming available for tests of hair, oral fluids, and multiple drugs.

Most of these products do not work, are very costly, are easily identified in the testing process, and need to be on hand constantly due to the very nature of random testing. Moreover, even if the specific drug is successfully masked, the product itself can be detected, in which case the student using it would become an obvious candidate for additional screening and attention. In fact, some testing programs label a test "positive" if a masking product is detected.

Just because the U.S. Supreme Court said student drug testing for adolescents in competitive extracurricular activities is constitutional, does that mean it is legal in my city or state?

What has research determined about the utility of random drug tests in schools?

Research in this area shows mixed results, however study authors generally agree that student drug testing should not be a stand-alone strategy for reducing substance use in students, and that school climate (the quality and character of school life) is an important factor for achieving positive results in drug prevention programs.

According to a AAP policy statement, there’s limited evidence to suggest that drug testing programs in schools prevent kids from trying drugs. “We reviewed the studies done to take a look at this question, and while there’s evidence, there are a lot of caveats around that,” says Dr. Sharon Levy, director of the Adolescent Substance Abuse Program at Boston Children’s Hospital, who adds that many studies rely on self-reports and show inconsistent data.

The tests are imperfect, sometimes showing anxiety-inducing false negatives and false positives, the AAP says. While drug tests should be used to find students who may need intervention, the AAP believes, studies have shown that students are often given severe consequences like suspensions or expulsions that are not followed up by treatment. The tests can also detect substances used by young people for medical reasons, which could result in breaches of their privacy and damage the relationship between schools and their students, the AAP says.

Many of those who argue against drug testing in schools cite privacy concerns as a major issue in the debate. In the U.S., everyone is considered innocent until proved guilty, and some have argued that forcing drug tests upon the innocent is a violation of this basic legal right and a violation of privacy. The American Civil Liberties Union (ACLU) has argued against drug testing by citing the Fourth Amendment of the U.S. Constitution, which bans unreasonable searches.

There is still a lot of room for research to be done on the effects of implementing and maintaining a drug-testing program, but the reasons for doing so are sound.  Schools adopt random student drug-testing programs to decrease drug abuse among students via two routes. First, schools that conduct testing hope that random testing will serve as a deterrent, and give students a reason to resist peer pressure to take drugs.  Secondly, drug testing can identify students who are making poor decisions so they can be referred for treatment.  Drug use interferes with a student’s ability to learn, and it can disrupt the teaching environment.  Drug-testing programs have proven to be beneficial for high school students.