Interview student for signs of under the influence with another adult.

Have student write a “Written Statement” of incident.

EC 48900.  A pupil shall not be suspended from school or recommended for expulsion, unless the superintendent of the school district or the principal of the school in which the pupil is enrolled determines that the pupil has committed an act as defined pursuant to any of subdivisions (a) to (r), inclusive:

(a) (1) Caused, attempted to cause, or threatened to cause physical injury to another person.

(2) Willfully used force or violence upon the person of another, except in self-defense.

(b) Possessed, sold, or otherwise furnished a firearm, knife, explosive, or other dangerous object, unless, in the case of possession of an object of this type, the pupil had obtained written permission to possess the item from a certificated school employee, which is concurred in by the principal or the designee of the principal.

(c) Unlawfully possessed, used, sold, or otherwise furnished, or been under the influence of, a controlled substance listed in Chapter 2 (commencing with Section 11053) of Division 10 of the Health and Safety Code, an alcoholic beverage, or an intoxicant of any kind.

(d) Unlawfully offered, arranged, or negotiated to sell a controlled substance listed in Chapter 2 (commencing with Section 11053) of Division 10 of the Health and Safety Code, an alcoholic beverage, or an intoxicant of any kind, and either sold, delivered, or otherwise furnished to a person another liquid, substance, or material and represented the liquid, substance, or material as a controlled substance, alcoholic beverage, or intoxicant.

(e) Committed or attempted to commit robbery or extortion.

(f) Caused or attempted to cause damage to school property or private property.

(h) Possessed or used tobacco, or products containing tobacco or nicotine products, including, but not limited to, cigarettes, cigars, miniature cigars, clove cigarettes, smokeless tobacco, snuff, chew packets, and betel. However, this section does not prohibit use or possession by a pupil of his or her own prescription products.

(i) Committed an obscene act or engaged in habitual profanity or vulgarity.

(j) Unlawfully possessed or unlawfully offered, arranged, or negotiated to sell drug paraphernalia, as defined in Section 11014.5 of the Health and Safety Code.

(k) Disrupted school activities or otherwise willfully defied the valid authority of supervisors, teachers, administrators, school officials, or other school personnel engaged in the performance of their duties.

(m) Possessed an imitation firearm. As used in this section, "imitation firearm" means a replica of a firearm that is so substantially similar in physical properties to an existing firearm as to lead a reasonable person to conclude that the replica is a firearm.

(q) Engaged in, or attempted to engage in, hazing. For purposes of this subdivision, "hazing" means a method of initiation or pre-initiation into a pupil organization or body, whether or not the organization or body is officially recognized by an educational institution, which is likely to cause serious bodily injury or personal degradation or disgrace resulting in physical or mental harm to a former, current, or prospective pupil. For purposes of this subdivision, "hazing" does not include athletic events or school-sanctioned events.

(1)  "Bullying" means any severe or pervasive physical or verbal act or conduct, including communications made in writing or by means of an electronic act, and including one or more acts committed by a pupil or group of pupils as defined in Section 48900.2, 48900.3, or 48900.4, directed toward one or more pupils that has or can be reasonably predicted to have the effect of one or more of the following:

(A) Placing a reasonable pupil or pupils in fear of harm to that pupil's or those pupils' person or property.

(B) Causing a reasonable pupil to experience a substantially detrimental effect on his or her physical or mental health.

(C) Causing a reasonable pupil to experience substantial interference with his or her academic performance.

(D) Causing a reasonable pupil to experience substantial interference with his or her ability to participate in or benefit from the services, activities, or privileges provided by a school.

(ii) A post on a social network Internet Web site including, but not limited to:

(I) Posting to or creating a burn page. "Burn page" means an Internet Web site created for the purpose of having one or more of the effects listed in paragraph (1).

(III) Creating a false profile for the purpose of having one or more of the effects listed in paragraph (1). "False profile" means a profile of a fictitious pupil or a profile using the likeness or attributes of an actual pupil other than the pupil who created the false profile.

(1) While on school grounds.

(2) While going to or coming from school.

(3) During the lunch period whether on or off the campus.

(4) During, or while going to or coming from, a school-sponsored activity.

(t) A pupil who aids or abets, as defined in Section 31 of the Penal Code, the infliction or attempted infliction of physical injury to another person may be subject to suspension, but not expulsion, pursuant to this section, except that a pupil who has been adjudged by a juvenile court to have committed, as an aider and abettor, a crime of physical violence in which the victim suffered great bodily injury or serious bodily injury shall be subject to discipline pursuant to subdivision (a).

(u) As used in this section, "school property" includes, but is not limited to, electronic files and databases.

(v) For a pupil subject to discipline under this section, a superintendent of the school district or principal may use his or her discretion to provide alternatives to suspension or expulsion that are age appropriate and designed to address and correct the pupil's specific misbehavior as specified in Section 48900.5.

(w) It is the intent of the Legislature that alternatives to suspension or expulsion be imposed against a pupil who is truant, tardy, or otherwise absent from school activities.

The Western Association of School Administrators

You can also fill out our online form.

Get Social with Us 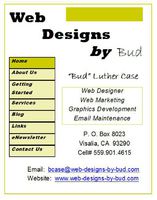